For those of you who are familiar with old string band bluegrass music, the Briarhoppers need no introduction. The band was first established in the early 1930s and performed as the house band for Charlotte’s radio station along side greats such as Earl Scruggs. It is possibly the longest running string band over its 80+ years, and its ever sustaining legacy has impacted the lives of countless musicians. The radio station was able to broadcast across the country and enter the homes of music lovers everywhere. One of these listeners happened to be my father.

For all of his life, the Briarhoppers have existed and nourished the parts of his life that prospered only with an instrument in hand. Had it not been for bands like this one, it is hard to tell how many people would have never taken interest in one of the greatest Appalachian contributions, bluegrass. All I know is my father found a kinship through a radio set to a band that would never know his ears were listening. 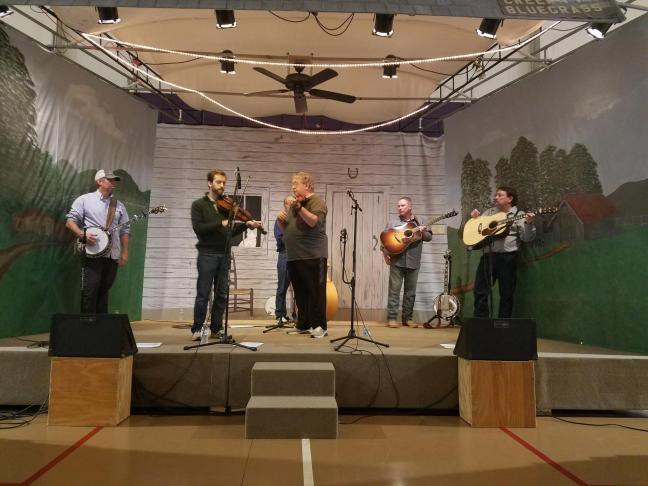 My father, Joe Hardin, was honored to play on stage with this great echo from his youth that still encourages the love of bluegrass music to this day. They press on with their mission to place quality and skilled music in the lives of as many people as they can–much as my father does with Downtown Music every day.

His excitement is contagious, and if you take the time to ask him he will go into as much detail as you can stomach about what the Briarhoppers mean to him. As for me, I just wanted to give thanks (’tis the season after all!) to these people who have a special way of placing real joy in people’s lives–especially my dad’s.

We are accepting orders by phone